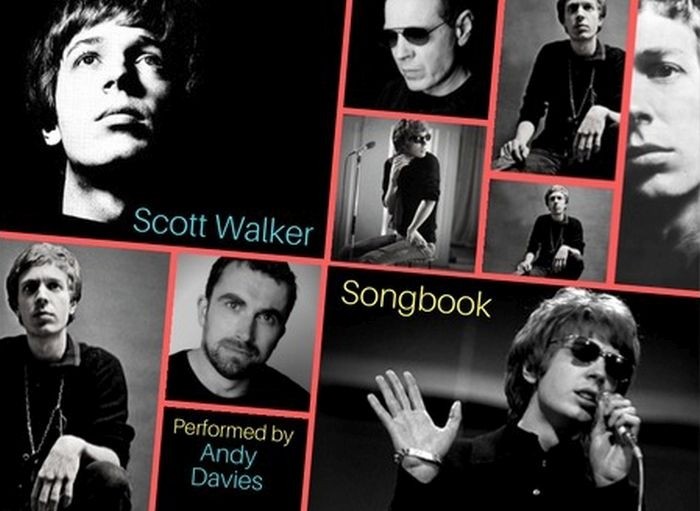 25th Mar 2020 – Doors 8pm Join us on Wednesday 25th March at The Trades Club, Hebden Bridge for a unique celebration of the life and

Join us on Wednesday 25th March at The Trades Club, Hebden Bridge for a unique celebration of the life and music of the legendary Scott Walker, who died earlier this year.

The Scott Walker Songbook tells the story of one of the greatest singers in popular music. Backed on piano by the fabulous Kirsty Newton (musician, songwriter & arranger), Andy Davies covers Scott Walker’s life whilst singing the soundtracks to his success.

The show doesn’t just stick to the 60s classics but also features songs from Walker’s later works; music that has rarely, if ever, been performed live before. Scott Walker will forever be remembered as the shy, enigmatic singer with the rich, heartrendingly beautiful baritone voice. He had an incalculable influence on popular music, commanding the respect of a vast array of artists including David Bowie, Jarvis Cocker and Radiohead.

He continued to break musical boundaries throughout a fascinating career that went from timeless Walker Brothers singles like The Sun Ain’t Gonna Shine (Anymore), Make It Easy On Yourself and No Regrets all the way through to lesser-known numbers from his late-60s solo albums and beyond. It proves to be an intimate, touching and funny evening for both Scott Walker fans and newcomers alike.