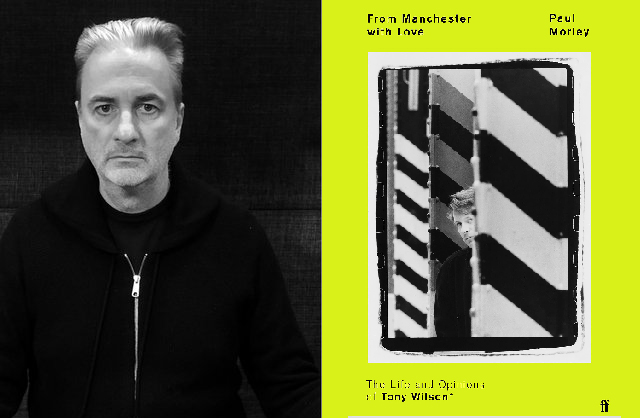 Superficially Wilson was a provocative liberal arts entertainer, minor music-industry player, capricious cultural theorist and abstract, self-celebrating know-it-all’ but in Paul Morley’s stunning biography From Manchester with Love, The Life and Opinions of Tony Wilson, the legendary Anthony H. Wilson is revealed in all his complex, contradictory glory.

Founder of the Haçienda and co-founder of Factory Records, Wilson shaped Manchester’s music and cultural scene as much as the city shaped him. Writer, broadcaster, and cultural critic Paul Morley was one of Wilson’s closest friends and the man Wilson himself appointed to write his biography.

Fergal Kinney is a freelance music and culture journalist based in Manchester who writes for The Guardian,  The Quietus and Loud And Quiet, amongst others.

Join us for an investigation into and celebration of Tony Wilson and the city he loved.